A powerful website for storing and sharing text and code snippets. Completely free and open source.

This is a project I had the most fun with, and gotten the farthest with. I have worked on it for years, and now it's a pretty big website, with lots of users and pastes. It all started from wanting to play a bit more with the D language and see if I can make a website with it, I never intended for the project to grow as it has, and first it was just a simple project I played around with.

This is the initial version, at this point it was still called SnippetMyst, bad name I know, and I had a lot of fun with it, so I decided to work on it further, adding more stuff and making a somewhat nicer design. I also got a domain and a VPS so I could host it. I bought the myst.rs domain, because I am a very smart person so I decided to name every project like SomethingMyst, as you might have noticed this already, so I can host a lot of projects with a single domain. And at the time I was always using either hastebin or pastebin, and neither had a good and free API, or looked somewhat modern, so I took the opportunity to make something completely free, with an API and a modern look. 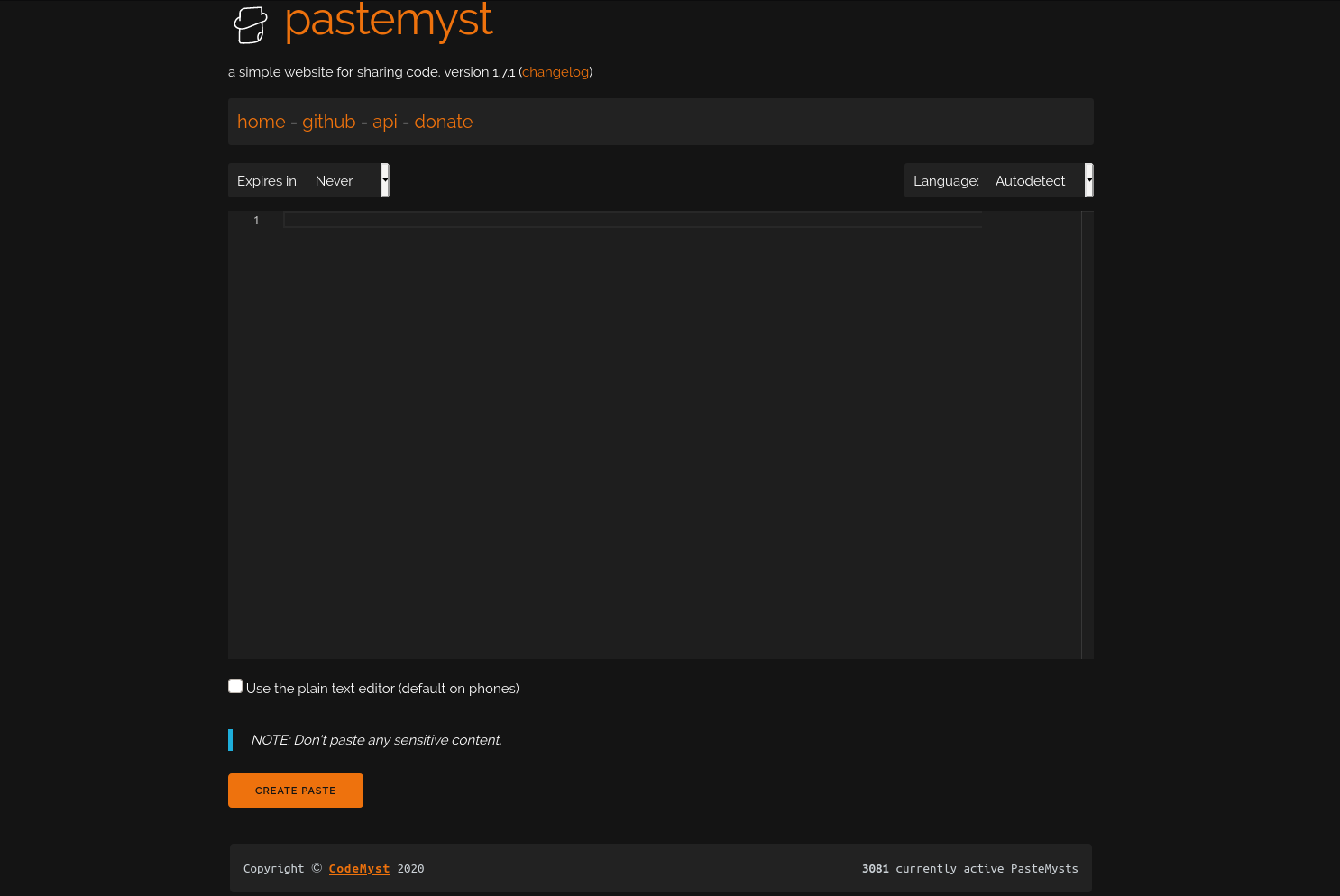 After I finished version 1.0.0 I already started thinking of ideas for the next version, and I have gone through many stages of testing what I want to do after, and I decided to completely rewrite everything and start from scratch. I was working on v2 for over a year, and in the meantime I only fixed critical bugs and added really needed features to v1. I had a long list of features I wanted to have, like accounts, editing, multi file pastes, a better editor, private and encrypted pastes, etc. And after a lot of work I finally finished v2 and could release it to the public! I even got a bit of help from some contributors, which was a pretty nice experience, having people be so interested in the project that they would be willing to write some code to it, it was mostly smaller things and I helped them when they got stuck and to get them familiar with the codebase a bit better. I also got a lot of bug reports and feature requests, of which a lot ended up being implemented from users.

At the time of writing pastemyst has over 17k pastes, and around 3k unique visits per month, which is insane to me, I never imagined it would get used so much, and I constantly get compliments on it from users which is a really rewarding thing and it keeps me motivated to continue working on it. I still work on the project on occasion, every now and then I go through the issues list and solve a bunch of them and create a release, and there's always more issues and features to add, but with this kind of project it's really rewarding because I can do very frequent releases and the stuff I implement can very quickly be found on the website and used by the users.

There's also been quite a lot of people making API wrappers in different languages, now there's wrappers for C#, Python, Rust and JavaScript. 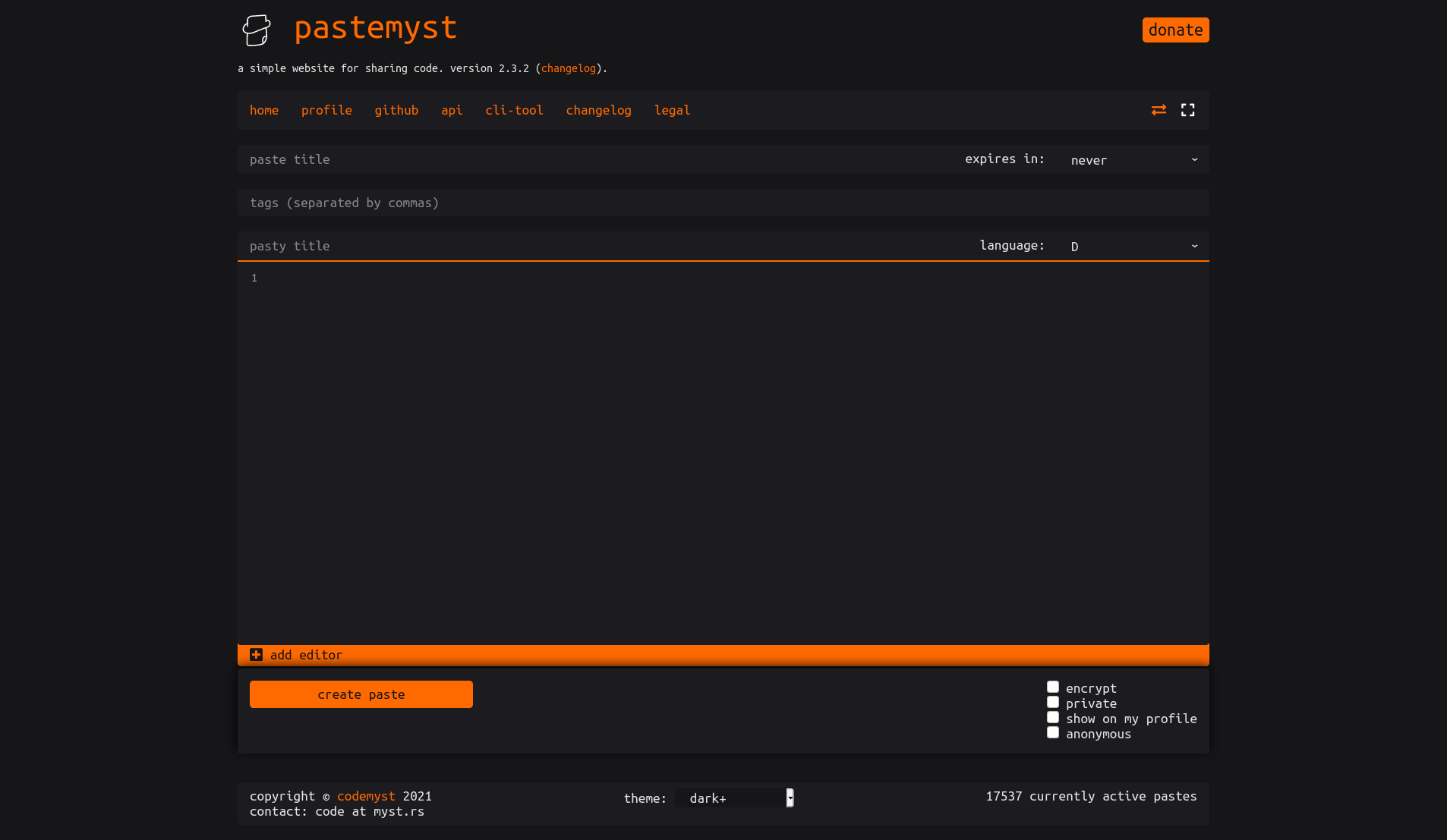